Wadsworth, OH: September 2, 2016 - SaberLogic has released a new, state-of-the-art EDI software solution and implementation service that integrates the SPS Commerce service with the Epicor ERP. SaberLogic has been working with SPS Commerce since 2009 to provide manufacturers and other businesses with EDI integrated systems connected directly to their ERP system. Their solution for Epicor ERP users was developed to provide a simpler implementation path to EDI. In today’s omnichannel business environment, companies need to be able to implement EDI solutions that provide electronic communications with both their customers and suppliers in extremely short timeframes.

Wadsworth, OH (I-Newswire) June 20, 2013 - SaberLogic, a custom development company specializing in extensions and customizations for Visual Manufacturing, has announced that they will be sponsoring and exhibiting at the BizTech 2013 Infor VISUAL User Conference on August 20-22, 2013 at the Hilton Garden Inn Perrysburg/Toledo Conference Center in Perrysburg, Ohio. SaberLogic will be featuring VE Mobile, their new mobile extension for Visual® Enterprise and Visual® Manufacturing.

Wadsworth, OH – March 5, 2012 -- SaberLogic, a leader in Epicor® ERP custom development services, is hosting a week long developer training conference at its Wadsworth, Ohio headquarters.  Starting on March 5, 2012, the invitation-only training will cover specialized software development using the SDK (software development kit) for the Epicor® 9 ERP.  The sessions will be delivered by an Epicor® trainer from the United Kingdom and will be attended by ten of the world’s best Epicor® developers, including four from SaberLogic and two travelling from New Zealand.  All attendees will be learning Epicor® best practices and new features of the SDK which will enable SaberLogic to provide customers with additional ways to customize and integrate Epicor® 9.

Wadsworth, OH – March 3, 2012 – Online PR Media -- SaberLogic, located in Wadsworth Ohio, and BPI Information Systems, located in Brecksville Ohio, announced today that they have taken another progressive step in their 8-year-old business partnership.  SaberLogic and BPI will each eliminate any overlapping information technology services and will assign engineers to each other’s Northeast Ohio customers based on the best provider of those services.  By eliminating these redundant services from their portfolios, both organizations can concentrate on their core capabilities and simplify the assignment of client projects.  Customers of both organizations will each enjoy having direct access to the best provider of a wide range of information technology, custom web programming and ERP consulting services.

Wadsworth, OH - March 9, 2011 -- SaberLogic has announced the release of a new third party extension for Infor®'s ERP Visual® that allows users to import bulk insert data directly to any Visual® SQL database from a single Excel sheet.  It is designed to simplify the process of transferring large amounts of data from one database to another or for initial load-up of data such as parts, customers, vendors, work orders, customer orders, engineering masters, purchase orders, inventory balances, etc.  More information on this product and other of their third party extensions for ERP Visual® can be found on the SaberLogic website.
* ERP Visual® is registered trademark of Infor®.

Wadsworth, OH - January 7, 2011 -- SaberLogic is pleased to release the new Enhanced Purchase Requisition Add Parts Functionality macro for Visual® Enterprise.  This customization supplements the 'Add Purchase Parts from EM/WO/Project...' feature in the Purchase Requisition module by automatically removing lines that are either (1) stocked parts, (2) requirements from legs that are not released, or (3) are already fulfilled on another Purchase Requisition or Purchase Order.  The default behavior of 'Add Purchase Parts from EM/WO/Project...' blindly pulls in all requirements regardless of these considerations.  The customization exists entirely as a native macro so installation is simply a matter of dropping into a directory and is compatible with all versions of Visual®.

Wadsworth, OH - December 31, 2010 -- SaberLogic is proud to announce the release of the WIP Location Application for Visual® Enterprise ERP.  In standard Visual® Enterprise there is a period in-between when materials are issued to a job to when they are received in as finished goods.  There is no way to keep track of where the WIP components are in inventory, short of a work order setup that receives components into inventory and issues to a new job throughout the manufacturing process.  In order to help address this, SaberLogic has developed the WIP Location Application which allows for 'Containers' to be created that are associated with inventory locations and can be moved from operation to operation.

SaberLogic has released a new EDI tool for Infor® ERP VISUAL / Visual® Enterprise.  EDI Integrator provides Visual® Enterprise users with a powerful alternative to the VMDI interface for EDI transactions (both inbound and outbound).  Transactions can be reviewed, optionally edited, and approved / rejected individually or in batch using our EDI Dashboard module.  Seamless integration with Visual® ensures absolutely no duplicate data entry is necessary and that all transactions are performed with the same business logic validations as the standard Visual® client.

SaberLogic officially announces the offering of a suite of extensions for the Infor® Visual® Manufacturing ERP.

Wadsworth, OH (PRWEB) January 29, 2008 - SaberLogic has announced the release of Logicity, a Crystal Reports® viewer and management application. In addition to providing the ability to view and refresh the data on pre-developed Crystal Reports®, the free version of Logicity allow users to print, save, email, and export reports. The Professional version of Logicity allows users to schedule reports, password protect reports, use run-time variables, and even pass parameters via command-line. It also offers end users a streamlined, workspace interface from which to organize and execute reports. 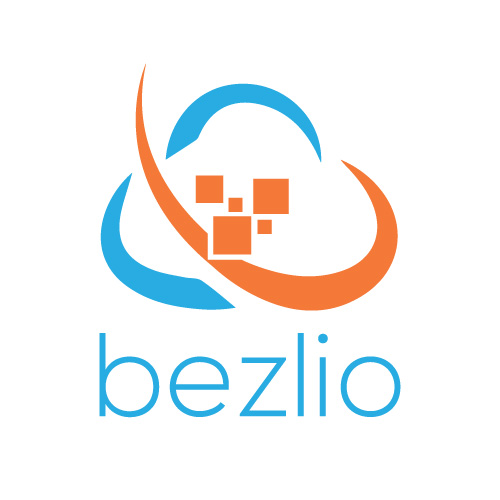